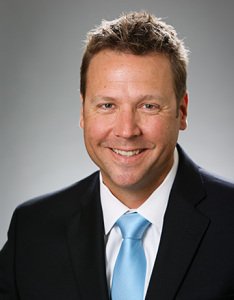 A Principal in our Boston office, Mr. Matuszewski specializes in a range of complex project types including large-scale urban mixed use, retail, high-rise residential, suburban office, laboratory, as well as intricate renovation and addition type projects. Experienced and skilled in conventional, fast-track and integrated project delivery methods, John is a strong collaborator, acknowledged for his creativity and proactive yet pragmatic approach to projects. With more than 20 years of professional experience – 18 of those years with McNamara • Salvia – he is particularly skilled at developing high performing and cost-effective structural solutions for a wide range of clients.

“I enjoy the energy that comes from collaborating with talented and creative people. Through that energy we find the most innovative and cost-effective design solutions to suit each situation and project.”

Fan Pier – Boston, MA  A 21 acre waterfront development that spans an area of nine blocks along Boston Harbor.  It encompasses eight building Parcels, six of which are interconnected by a 3-story below grade garage, while two parcels are separately interconnected with their own 3-story below grade garage.  In total it has about 3.5 million square feet of commercial, retail, residential and public green space above grade, and over 1 million square feet of structured below grade parking.  Each project at Fan Pier is height constrained primarily due to FAA flight path restrictions.  As a result, we developed structural systems that permitted an extra floor of space per building while still maintaining ‘top of the market’ ceiling heights coupled with clear spans as long as 58 feet.  Below are further descriptions of each development parcel for the multi-phased project.

Parcels A and B:  Home to Vertex Pharmaceuticals, Parcels A and B are each 18-story office and laboratory buildings with retail and restaurant spaces at the ground floor.  It opened in 2014 and had a construction cost of about $850 million.  At its opening, it was one of the largest private sector construction projects in the United States.
Architect Parcel A:  Tsoi/Kobus and Elkus Manfredi Architects
Architect Parcel B:  Elkus Manfredi Architects

Fan Pier I: A 19-story multi-tenant office building with its primary tenant being Goodwin Proctor, One Hundred Northern Avenue has a state-of-the-art structural floor system that achieved clear spans as long as 58 feet while maintaining 9 foot ceilings, with 12’- 8” Floor-to-Floor.  Construction is scheduled to be completed in mid-2016.
Architect:  HOK

Avalon Exeter – Boston, MA  Avalon Exeter is a 30-story luxury apartment building with 28 occupied residential levels in the heart of Boston’s Back Bay and the Prudential Center.  This building has two levels of below grade parking and was surgically constructed through existing parking garage and a Lord & Taylor retail store.  The completed below grade parking remains open and interconnected to the adjacent existing parking garage that services the Prudential Center.  Solving design issues related to zero lot line conditions, adjacent structures, overlapping expansion joints above grade, and existing basement walls and foundation obstructions, was critical to the success of this project.  The structural system of this building is a steel frame with composite slabs with a central concrete core designed to resist wind and seismic forces.  Construction was completed on this project in 2014.
Architect: Elkus Manfredi Architects

Patriot Place – Foxborough, MA  Patriot Place is a 1.3 million square feet mixed use, retail and entertainment project adjacent to Gillette Stadium.  It contains 13 buildings and includes a Health Care Center for Brigham and Women’s/Massachuestts General Hospital, the New England Patriots Hall of Fame, CBS Scene, and several retail shops and restaurants.  Structured parking was also included as a design option in order to optimize the development as related to severely sloping site grades and constraints.  Constructed in a single phase with critical schedule milestones, fast track construction methodologies were utilized that included early structural design packages for the steel and concrete trades.  While a variety of smaller projects are always on-going at Patriot Place, primary construction was completed in 2008.
Architect: Arrowstreet

Converse World Headquarters – Boston, MA  Converse opened its World Headquarters in May of 2015, on Boston’s Lovejoy Wharf.  This project involved a preservation and renovation of the 160 North Washington Street building, along with a vertical addition of 2 occupied floors and mechanical penthouse.  Existing building columns were re-used as were existing pile foundations.  Wind and Seismic upgrades of the existing building were also performed.  In doing so, state of the art office space was created while maintaining the character and charm of the original building’s exposed masonry walls.  In addition to the space for Converse, retail space at the base of the building along the newly renovation wharf was also added.  Total building area of the development is about 230,000 GSF.
Architect:  BH+A